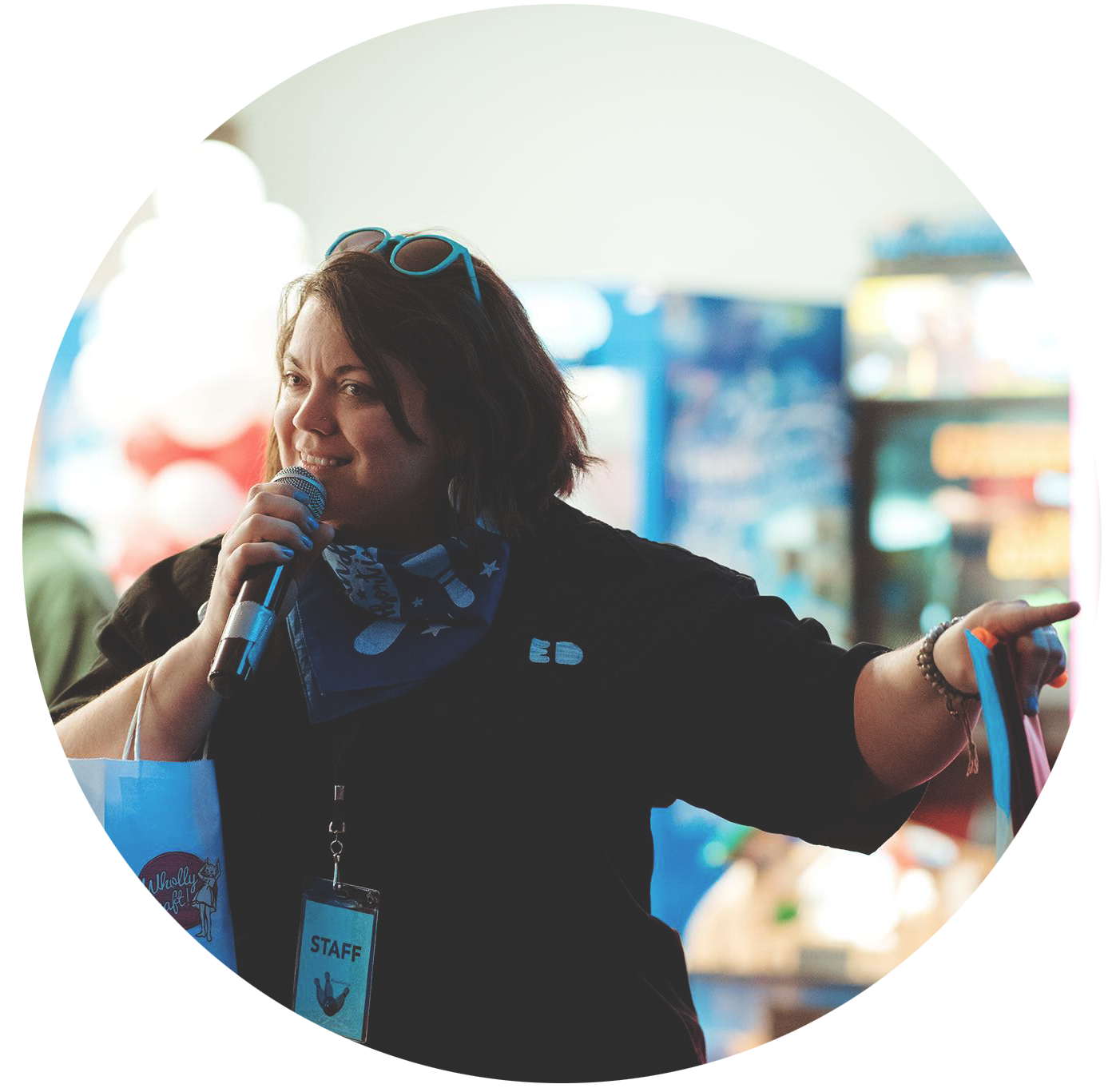 Stephanie Craddock Sherwood joined Women Have Options as our first staff member and Executive Director in April of 2016 as a longtime spokesperson and advocate of reproductive rights, access, and justice with an impressive history of service as a skilled non-profit professional. With their leadership, WHO/O has grown to become one of the largest abortion funds in the country, with 2 staff members and a board that has shifted from a working to an advisory capacity. In that time they have designed and implemented comprehensive fundraising plans, including 3 annual events, donor relations, foundation relations, and grants - WHO/O’s fundraising and impact have grown more than 600% in 3 years. The organization has also implemented several new statewide programs to combat abortion stigma in Ohio as well as set up regional practical support networks to reduce barriers to abortion access.

With over a decade of experience in the social justice field, they came to WHO/Ohio following work as a non-profit communications consultant, as well as a non-profit development and communications professional, and a community organizer.  Previously, they worked with individuals and organizations, cultivating an activist community focused on countering the unprecedented assaults on reproductive rights at the state and national levels with Planned Parenthood in Ohio. Of note, their person-centered public affairs program became a model program for Planned Parenthood’s student organizing nationwide. In 2011, they received the National Excellence Award in Public Affairs from PPFA for their work.

Steph started their career with public service as an AmeriCorps VISTA volunteer. Their first term was with Planned Parenthood of Western Washington as a Community Sexuality Educator, coordinating a youth peer education program. Their second was as a VISTA Leader with Rural Action, a social, environmental and economic justice non-profit serving Appalachian Ohio- developing a community volunteer program and reviving the organization’s annual gala. They hold a B.S. in Visual Communications, a Master’s Degree in Counseling from Ohio University, and have continued their professional education with training in sexuality education, management, and transformational leadership.

Active in their community, they have served on several community boards including their local farmers’ market and art access non-profit. They spend time in community and have used their skills to volunteer for socially progressive local political candidates, and to help resource and serve local social justice movements.

Steph lives in Columbus with their spouse, 2 cats, and chickens on their urban homestead. When Steph's not funding abortion or gardening they play bass in the "alt-left country" band Coal Fired Bicycle. 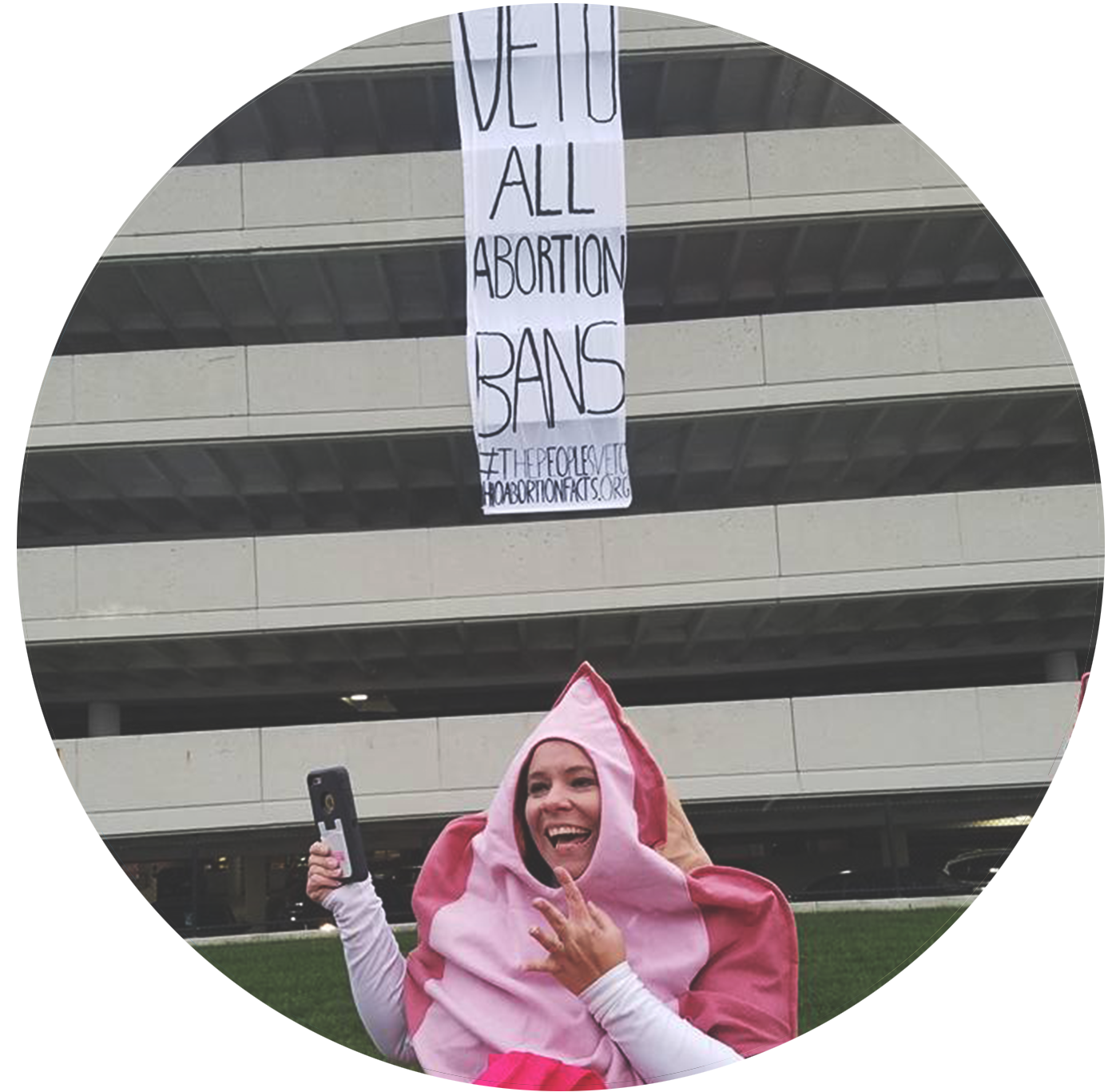 Michelle Davis joined Women Have Options in March of 2018 as a project fellow to help launch our new practical support program, and implement efficient processes and help with the day to day workings of our small non-profit organization. Her Eminence is a fairly recent, but voracious social justice advocate. You might know her as a co-founder of the Feminist Flag Corps, but she's also a lead clinic escort, and is pretty much anywhere there are social justice activists gathering. She lives in the suburbs with her kids, spouse, and a pretty mean cat. 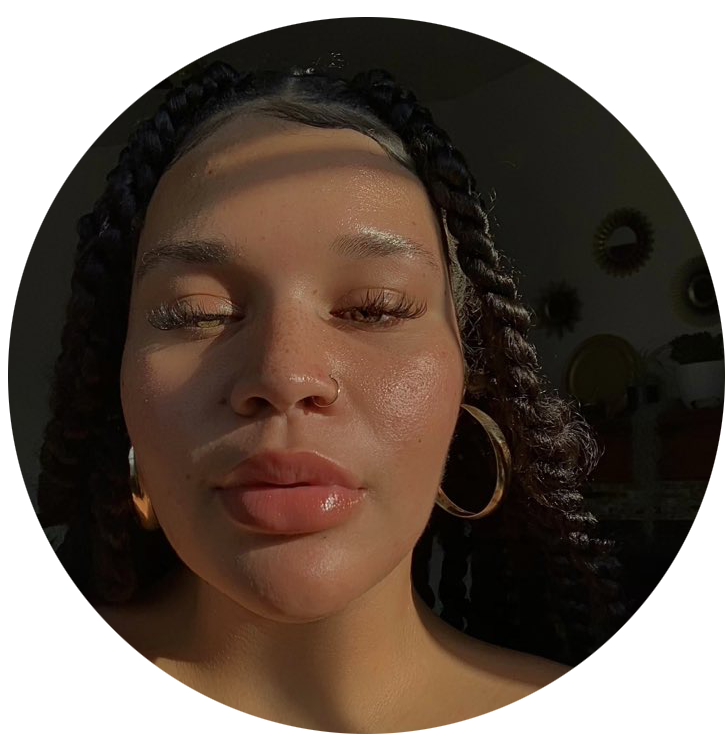 Lexi is a 22-year-old abortion advocate and organizer from Springfield, MA and is the Abortion Navigator for WHO/O. She attended the University of Massachusetts as a first-generation college student and former foster youth, graduating with a bachelor's degree in Trauma-Informed Policy, specifically focused on the school-to-prison pipeline. Lexi’s work in the reproductive justice movement began in the summer of 2019 when she participated in the Reproductive Rights Activists Service Corps (RRASC) program through Hampshire College and interned at WHO/O as the Community Outreach and Practical Support intern. Lexi is also a current storyteller in the Abortion Out Loud cohort for Youth Advocate Services where she shares her abortion story in hopes to destigmatize abortion and strengthen support for young people’s access to abortion.

She is passionate about abolition, transformative justice, Black liberation, and persevering through generational trauma through practical support, holistic and trauma-informed care. She loves Megan Thee Stallion, documentaries, the color green, and making sure her cat Suge has a perfect life.